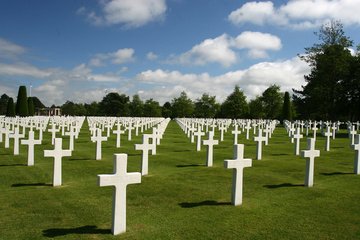 A few days ago (May 10, 2020) a young black male went to the Delaware Veterans Memorial Cemetery with a sniper rifle and scope where he shot and killed a white couple who were visiting the grave of their veteran son. The sniper was seen by witnesses running into a nearby woods. The police responded, located the sniper and a gun battle ensued. The sniper was killed, either by himself or the police, at this time unknown. Nearly every news media outlet leaves out the sniper rifle part of the story.

A few takeaways; black male, sniper rifle, white victims, veterans cemetery. At least one news source put forth the motive as being in retaliation for the recent shooting death of a black man.

Wow! Then it must have been a justifiable double murder. This was not just racism against whites, but an attack on the United States. A veteran’s cemetery was chosen to express his hate towards the country that he enjoyed. This too goes unreported by the main street media; after all, being a traitor is in vogue with them. (I say “enjoyed” as compared to all other countries, i.e. North Korea.)

How is this not reported as what it is, racism? There seem to be no excuse for the shooting death of a black person, any black person, by a white human for nearly any justification. Nearly every time a white person kills a black person it is reported as “racism” and there is no excuse for it. Nearly every incident, even clearly justified ones, will be forwarded to authorities to be considered for criminal prosecution. Even in a justified killing, the white person has to wait in fear to learn if the local prosecutor caves to media pressures and put on a show trial to appease public pressure. Where the white person will have to sell everything he/she owns justs to pay for a defense.