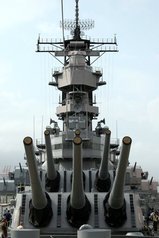 Much has been recorded about this attack by the Japanese. I’ve enjoyed several books that go into great detail about every stage of the attack. One of the most enigmatic facts is that the attack was expertly and precisely carried out; this is wrong. I’ll address this aspect of the attack in another article. Today’s article focuses on the exceptional good fortune that fell upon all of the USA’s aircraft carriers in that they were at sea, and thus, escaped the attack.

Almost without exception, historians and official sources have explained the missing carriers on pure luck; this is also wrong. There is much debate as to whether the USA knew in advance of the “surprise” attack or not. The most prominent reason we would be ignorant of an impending attack is that FDR’s policies forbid any cryptology, code breaking, saying “…good neighbors don’t read other neighbor’s mail.” However, we got many warnings from other nations. Most warnings were based on pure logic. Japan’s next step of aggression would logically be an attack on the US. There is very good evidence that the highest levels of our government did know; much of this is from declassified documents. Japan was waging war all up and down the Asia coast but a large number of its capital ships, warships, were nowhere to be found. Our intelligent services and those of several lessor countries predicted the attack. If so, then why were we taken by surprise and why didn’t we make plans to repel the attack?

At first, Germany and the Soviet Union were allies. They agreed to invade Poland and divide it between them. Germany from the west and the USSR from the east. However, the ultimate prize Germany wanted was the USSR. After the war was going well in favor of Germany, they let their intentions be known by invading the communist USSR on June 22, 1940. And as always the German Blitzkrieg went well and was extremely effective.

With Germany knocking on Moscow’s door, the USSR needed the help of the USA to take the pressure off of them. It is no secret that FDR wanted to enter the war; publically to help Briton. He established the much-touted Lend-Lease bill where the USA could remain neutral but supply England and the USSR with war materials. However, FDR had been “illegally” providing Britain war supplies before this. The passing of the bill justified FDR’s actions, and history has praised him for it. But FDR wanted more, much more. The threat of the Japanese was just the ticket. He wanted war. In truth, the war was inevitable. The only questions were when and how.

Let’s get back to the attack and the missing aircraft carriers. Did FDR and the military brass want the US fleet decimated? Did they want 2,400 men and women killed, as happened, during the attack? No. That was the last thing they wanted. First, the carriers had to be out to sea. Our carrier’s flight decks were covered with wood. It was a throwback of construction from another era. They would be extremely easy to sink, even by a near miss or flying debris from another target. They were sent out to sea on menial tasks and without escorts, very unusual. If they had been in port, moored and sitting still, they would stand no chance. Forget all the attempts to justify wooden decks, the facts are that the British steel decks sustained much less battle damage, even when struck by kamikaze planes.

It was thought that battleships could hold their own. Especially in the high concentration of being at the port in Pearl Harbor. They were so overconfident, that the normal amount of ammo for each gun emplacement was inexplicably reduced for this weekend alone. Ammo was actually removed from the normal stores at the gun emplacements. Even so, the Japanese were surprised by how quickly and effectively the USA’s defenses responded. The US did not know that the Japs had a torpedo that could function in the shallow harbor of Pearl Harbor. We trusted that if a torpedo was dropped in the harbor it would sink into the mud at the bottom. You can only imagine the shock by the brass when the damage reports came in.

I read an interview with a very high ranking Naval officer. Prior to the attack on Pearl Harbor and before we were at war, he was making contact with the upper echelons of the navy to feel out if he might be able to take command of Pearl. He was told in no uncertain words that, “You don’t want it.” It was a mystery, but he dropped his inquiry. After the attack on Pearl, the current commander was made a scapegoat, and his career ended in shame.

The world was at war; nothing could reverse that. FDR realized that war for the US was inevitable. He had no knowledge how “war” had progressed. He was still living in the post WWI days, ignorant of what Japan was about to serve up to us. But, he was not alone; most of the (promoted during) peacetime brass were counseling him.