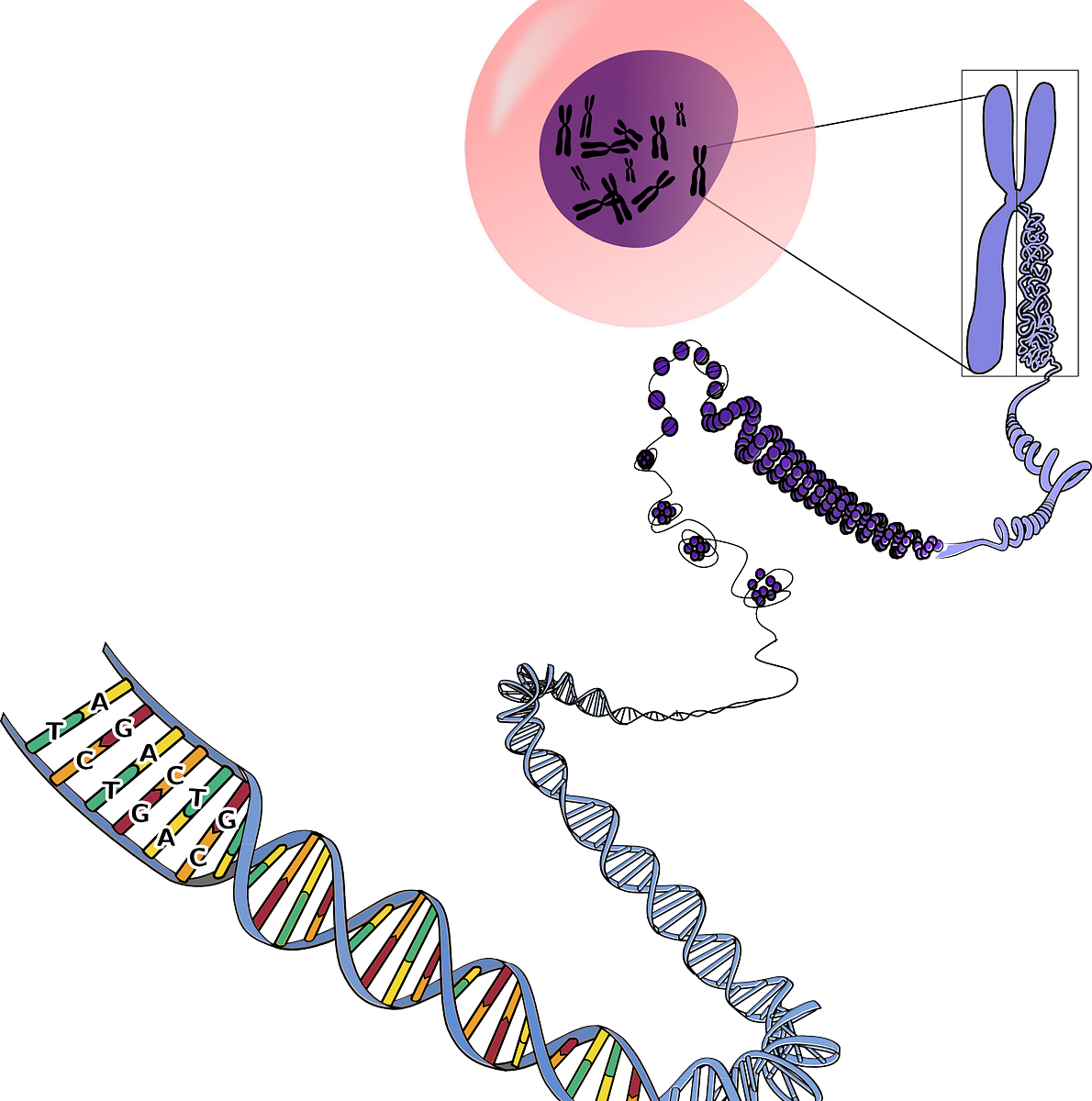 Image by OpenClipart-Vectors from Pixabay

Is there a God?

All you need to know:
YES. So-called scientist says that it is unscientific to believe in creation; science has proven evolution. Really? Every since science was officially practiced (discovered), man has been trying to make life: Something that could live. So, our (creation believers) challenge to you (evolutionist) is to make something that lives. We will let you use all of recorded science, all medical practices, hundreds of years of countless prior attempts, all written documents, billions of dollars of medical equipment, billions of dollars of computer equipment, and anything else you may need. Just make something that lives. If it happened by accident you surely can do better than chance.

The Details:
It was recently reported that the young (people) in the USA are increasingly turning away from religion. One of the most common reasons is this:

1)      I learned in college that there is no God. All the professors believe in evolution because there is no scientific evidence of creationism.

So, I’m going to prove there is a God. And no, this isn’t a new cult teaching or a revelation from a current profit. For many of you, you will be disappointed to know that I’m using the old fashion Christian Bible and SCIENCE.

You only need to read this paragraph to know if it’s creation (God) or evolution (no God only nature) who spawned life and all that is in the world. To settle this discussion all evolutionist need to do is create something that lives. They claim life happened accidentally in nature due to billions of years of “chance.” If so, create something that is living. And, we will let them cheat by using billions of dollars of medical equipment, billions of dollars in medical research, and billions of dollars of computers. Scientist has always attempted to create life. Before the discovery of DNA, scientist thought it would be a simple thing. Try as they might they just can’t create a living organism, no matter how basic. We will settle for an amoeba. Creationists don’t need to prove anything. Just look around and you will see life everywhere and in every size and shape. There are over 10 million different forms of life on earth; each one has different DNA. Thus life would have had to “accidentally, through chance” happen for each of those forms. Plus just look at our world and all the wonders and beauty in it. If all this didn’t happen through evolution (a one chance in a billion, billions) then it had to have been created. Who else but God could do it?

It’s crazy that modern Darwinism claims to be steeped in science. The discovery of DNA in the modern era threw that into a tailspin. A co-discoverer of DNA (a Nobel Prize winner) is a creationist and when he was asked if he thought it possible for DNA to “happen as a random act of nature, (as in Darwinism)” he answered “No.” Then, attempting to explain evolution, he concluded: “We were seeded.” Huh? Yes, this modern creationist explains DNA as having come from outer space as a seed (just like Adam in the Bible).

One reason for the seeding explanation is that Earth is not old enough; not by billions of years, for a chance combination of the billions of particles of DNA placed exactly in order and then reduced to the size to fit into a single cell, so small a microscope is needed to see it. Something that man can’t do even now.  Then it must also be able to reproduce itself. And then, it must mutate into the ten million different life forms that are currently here on Earth.

Evolutionist had to introduce two new fields of “science” to try to explain this, theoretical biology and mathematical biology. Why these two words? The evolutionist cannot prove evolution in a way that meets recent scientific standards: They throw in “theoretical” as in theory (something unproven) and try to mask it as science by adding “biology” to it. By doing this it makes it sound as if it is science: But it isn’t. It’s biology that they can’t prove scientifically.

And then “mathematical” biology is added to try to bolster a scientific claim that it is mathematically possible to overcome the insurmountable odds against random selection in nature to produce life. Using math to prove biology? Shouldn’t they use biology to prove biology? They are trying to prove “theoretical” biology by using”mathematical biology. The evolutionist has to massage the numbers to explain that the Earth is old enough for DNA to go through a billion combinations of possibilities to finally produce life. They do this with the old bait and switch method. They talk scientific biology and then switch to the theoretical and mathematical biology; unproven sciences.

Evolutionist can’t explain life by using widely excepted standards of proof for scientific discoveries. For a scientific discovery to be excepted it must follow these rules: The discoverer must have made the discovery, must have it published in a scientific journal, must be able to fully explain it in writing, and then others, not associated with the first group, must be able to use those writings and come up with the exact same product/conclusion. Evolutionist can’t even meet the first part of this. To do so they would have to produce something that lives.

Enough is enough. Let’s just settle this right now. Scientists have billions of dollars of medical and research equipment at their disposal. In fact, several decades ago when the computer reached the speed of one megahertz, they confidently predicted that within ten years they will be able to break the DNA code. (Note; that was several decades ago and they haven’t been able to do it. Today we have computers that are more than a hundred times that speed.) We creationist challenge evolutionist to make a life form. Any life form. Just make something that lives. Of course, it then must be able to reproduce. It should be simple for them, after all, it occurred by accident in nature here on Earth; so they claim. An Earth that was nothing but water and dust blowing around. They throw in static electricity to give it the power to combine. You know, like Frankenstein.

Evolutionist can’t believe there is a God. They challenge us to explain where God came from. I don’t know where God came from. I don’t know where or how my TV came to be. I don’t know who invented it, who produced it, or who brought it to market, but I know TVs exist and I’m going to watch it, none the less. Radio waves carry a mind-boggling amount of information magically (so it seems) through the air, yet, I can’t see or feel it. However, scientists can prove its existence by using accepted scientific principles. A wristwatch is billions of time simpler than DNA, yet, I’ve not heard of someone finding one on the ground, placed there by spontaneous mixing of elements. Stone Hinge is a very basic formation. One can tell it was man made by merely looking at it. Evolutionist accepts the placement of a few boulders in a way contrary to the norm to prove they were man-made. But they won’t accept that DNA was was God made.

Evolutionism is contrary to the Second Law of Thermodynamics, which includes–and is accepted by all–that everything is in a state of decay. Everything, according to the evolutionist, except life. Instead of the wind and dust and electricity trying to seek their natural state, they combined and formed a higher state–life. The one exception?

So all you creationist, when fronted by an evolutionist, just ask them to show you. No excuses. They have all the equipment to do this. JUST SHOW US!

PS Fox news reported that paleontologists have discovered fossils of 130 million years old insects. Here is a quote from the report: It also “proves through direct fossil evidence how some morphological traits related to hatching and linked behaviors, at least in insect embryos, have been subject to a high degree of evolutionary conservatism,” according to the study’s abstract. What’s evolutionary conservatism? They are saying that there is no evidence of evolution.

PPS A new report explains the recent sighting and tagging of a bluntnose shark: Teams from “…OceanX and Florida State University, the bluntnose sixgill shark is largely still an unknown to researchers, despite having been on the planet for nearly 200 million years.” Yet,  no evidence of evolution.