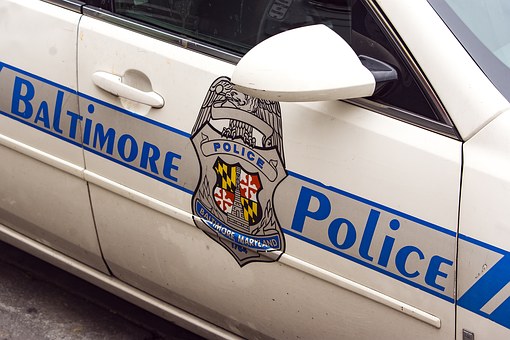 All you need to know:
The disproportionate amount of attention given to law enforcement officer’s actions, almost always negative, by the news media gives people the feeling that more is “at play” than there is. The media is not hesitant to bait others into saying or doing what they themselves wish. Usually to the detriment of the baitee. If the persons can’t be baited then the media will twist their words. The media wants to portray the police in a way that falsely gives the impression that police selectively enforce the laws and gives more attention to a crime if the victim was white, or not a prostitute, or if the homeless person lived in a house and especially if the suspect if not white. This is ridiculous. Officers are predominantly law-abiding, civic-minded, soccer moms or dads with deep social feelings. Their goal is to be happy and to be happy with their family and friends. It is not going to work to be evil and cruel; someone completely the opposite of when at home. It’s the news media, the reporters, the writers, and especially the producers who have much more in common with crooks than law enforcement.

Details:
The current prejudice against police officers is glaring. Just look around at current events. If someone makes an allegation against an officer it is assumed true by the weight of this prejudice. All one has to do is make an allegation against the police and the media instantly picks it up and reports it as true. And if it can’t be proven true then it must be because the officers are hiding behind a “blue wall of silence.”

If a police officer is making an arrest for some crime it goes to reason that that person would be willing to lie if it could help themselves.

Years ago individual police officers began audio recording their activities. This was after the advent of small recording devices. The reason was that if someone made a complaint against the officer there was an audio account. Once played in front of the accuser the complaint was usually dropped. Of course, there is police misconduct, but it is being addressed very aggressively as it should be. Officers should be held to a higher standard, just not the standard of perfection. There will always be those that become officers for the sole reason to do crime.

The public’s attention is naturally drawn to officers and their actions. When the Rodney Glen King (police misconduct was recorded by a private person, see that incident) incident occurred I heard more than one TV news report suggest that “If this was recorded by chance how often do they really occur?” Nearly everyone has a camera now and nearly everything an officer does is recorded. Where is the avalanche of misconduct by police officers?

Keep in mind that when someone makes a complaint against an officer it is often because the officer has been called there to keep the peace, settle a dispute, arrest someone, and/or protect the prey against the predator. There is almost always someone that infuriated by the officers and thus a possible complaint. Many times the person being preyed upon is black as well as the suspect. There is much more black on black and black on white crime than white on black.

Trivia time, just for fun:
An off duty LAPD officer went to a little bar in a medium sized beach town on the coast of Southern California. While there it became know to some drunk college types that he was a police officer. He judiciously left the bar. He was followed by five men who confronted him and threatened to beat him. (P.S. all involved were white) Knowing he was about to be beaten, he drew his weapon and warned the men. Being drunk, they ignored it. He fired a round into the parking lot pavement. Being drunk men continued toward him until he shot one of them.

The incident was investigated by the local police. The man who was shot died. The other men claimed that the officer shot without a warning and without provocation. The officer was arrested. LAPD Internal Affairs began an investigation. The norm in cases like this is for the police department to wait until the criminal complaint is adjudicated before starting their Trial Board. It was taking a long time for the criminal trial to begin; nearly a year. All-the-while, the officer was being held in jail because he couldn’t come up with the bail.

By law, LAPD has only one year to adjudicate their civil case and since that date was approaching they convened a Trial Board. The officer is allowed to have another officer to act as his representative during the board. That officer visited the scene in the beach town to search for the slug that should be in the parking lot’s pavement. The town’s homicide detectives searched and couldn’t find it and the LAPD Trial Board Advocate should have searched for it. Eventually, he found it. He called the local police to pry it out of the pavement so it could be compared to the officer’s gun, which was being held as evidence by them.

Ballistics proved that it was the warning shot fired by the officer, just as he claimed. When confronted with this finding the other men crumbled and admitted that they were lying. All criminal charges were dropped along with LAPD’s charges.

In recent times the best way to get ahead in a police department is to “burn” another officer. This is especially true in large agencies. It is because of this, and their discrimination against police officers that they didn’t find the evidence.

In another instance:
A woman was getting lewd phone calls, lots of them. She complained and a wiretap was placed on her phone. This was back in the day wiretaps were done. The phone number was traced to an LAPD officer that lived not far from her. He was arrested for the misdemeanor and the LAPD convened a civil Trial Board. His defense rep (an LAPD officer of his choice to serve as a pseudo attorny) was frustrated because it was an open and shut case, yet, the officer kept claiming his innocence. As time dragged on his wife divorced him.

During the trial board, the LAPD called the phone tech that did the phone trace. He confirmed that he did the trace and it was accurate. When it was the defense’s turn his rep ask the tech if he did a phone trace and was it traced to; and then he read the officer’s phone number. The tech replied no. He took out his notes and read off the number the trace was to. The trace was to a number similar to the officer’s but where the last two digits were transposed. No one had noticed this before. The officer was presumed guilty. Wrongly, he had been arrested, lost his family, and nearly lost his job over this prejudice and careless mistake by an advocate who wanted to help his career by burning a cop. As it turned out, the correct number belonged to a known sex offender.

Okay, just one more, even more serious:
At the outcome of the Rodney King incident, the sergeant in charge was arrested for assault with a deadly weapon and other add on charges. Stacy Koon, the sergeant, after serving most of his two-year sentence, was transferred to a halfway house. A normal procedure when releasing a felon back into the public. The transfer was published by local media. A black man armed himself and went to that house. Koon was not there. Not able to find Koon the man opened fire on two completely innocent white people killing them.

The modern media fans these inaccurate flames of hate. Any black person can attack an officer (white or black) and claim reverse racism. Many deadly attacks on police have been blamed on perceived racism. In Baltimore MD, when a black arrestee died in the back of a police van it was claimed to be because of racism by the officers. Yet, the arresting officer was black. The transporting officer was black. The police commissioner was black. The mayor was black. But the media allowed the thread of racism to mingle with the facts. And rap music stars, don’t get me started. NWA (_igge_ With an Attitude, today we can’t even mention their name) Tupac, Little Biggie, Snoope Dogg all admit they got their start by selling drugs to their neighborhood children and others. But if they claimed they were harassed and preyed upon by the police because they were black, not for being drug dealers. Even if the officers were black.

88 Replies to “Police Code of Silence? NOT!”