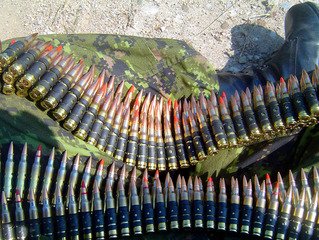 Can we say Crimea? Under Obama, Russia was allowed to walk in and have the Crimea; to the dismay of Ukraine. Major wars have been fought over just the Crimea.

Then, naturally, Germany said they wanted all of Czechoslovakia. England and France went to Germany to stress to Hitler that he can have Czechoslovakia but had to sign a treaty stating that he could have nothing more. Neville Chamberlin, England’s leader, went back to England and waved a piece of paper over his head and kept yelling, “Peace in our time.”  All the people hailed him as a hero. Again, Czechoslovakia refused, and again, Germany walked in and took it without resistance. When Hitler was asked about that paper, he stated that it meant nothing. Chamberlin was disgraced.

Can we say Ukraine? The very weak response by President Biden was an invitation to Russia and a signal that there would be no objections from the free world.

And what happened after Czechoslovakia? WWII. And what will happen after Ukraine? Russia has already threatened Finland and Sweden. The same threat was given to Ukraine before being invaded.