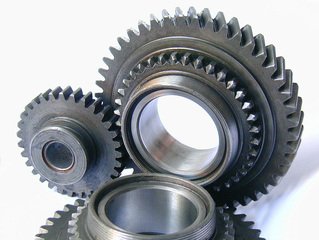 Yes! Communist nations have a long and storied history of being able to take giant leaps forward, escaping the necessity of large capital expenditures, by stealing research from companies that have paid the burden of research.

When Dr. Gatlin, the inventor of the famous Gatlin Gun, the first machine gun, received an order for five guns from Russia he stated, “That’s the only guns we will ever sell to Russia.” The reason for this statement was the well-recognized policy of Russia to obtain a new invention and then reverse engineer it. They would then use the new “intellectual property” without having to pay the high price of royalties that all of their competitors would have to pay. These royalties are meant to reimburse the inventing party for all of the costs associated with exhaustive experimentation necessary to bring a product to market. Of course, they are also supposed to bring to that party the financial rewards that entice one to risk substantial expense in order to try to prove their concepts.

Here is a list of just a few: The nuclear bomb. It was developed by the USA who expended billions of dollars. Contrary to popular reports about the Manhattan Project, the code name for the nuclear research of the bomb, the project was a sieve of leaks. The U.S. Army was responsible for the security of the project. When they couldn’t give clearances to many “scientist” many of whom were not U.S. citizens, the scientific culture inside the project objected and threatened to walk out if the Army did not give the suspects clearance. The army relented. It’s now known that the ongoing research was leaked in near “real-time” to Russia. Russia would then try to replicate the research. When they couldn’t replicate it, they would tell their spies in the project, who in turn, would steal “more thorough” research and give it to Russia so they could get the required results.

Near the end of WW-II, a crew of a U.S. B-29 bomber was forced to land at a “safe” airport belonging to Russia because it suffered damage that would not allow it to return to a U.S. airport. The crew was imprisoned by Russia. It returned to the safety of the U.S. only because it escaped the Soviets and made its way to neutral territory. It’s only because of their escape that the U.S. learned of the capture of one of their B-29 bombers by Russia. After the war, Russia proudly unveiled its new modern bomber. It looked exactly like the U.S. B-29 bomber. Stolen intellectual property.

After WW-II England had the most advanced jet engines. When Russia asked to have access to these advanced models, England’s Churchill, who was constantly suspicious of the Soviets, agreed and provide them with ten. A mystery to this date. This was done in secrecy so as the keep the USA from knowing. When the Korean War broke out just a few years later, the U.S. military was astonished to find themselves facing the fast and nimble MiG jet fighters produced by Russia. A fighter years ahead of where Russia would have been had they developed them themselves. The U.S. had been developing jet fighters on their own but not in large quantities because the U.S. was sure our enemies were decades behind us in development of their own. That is when England told the U.S. of its error in furnishing Russia jet engines. Our bombers were being escorted by prop planes that were very inferior to the MiGs. The U.S. military suffered much damage due to England’s gift of intellectual properties to Russia. The U.S. had to scramble to produce and then furnish jet fighters to the war zone that could equal the MiG.

The list of theft by Russia and later their and the U.S.’s arch-enemy, Red China, is inexhaustible. Everything from refrigerators to the most advanced military intellectual property. Did you know that there is a U.S. Patent Office in the buildings belonging to the UN? And that it was burglarized so often that the UN security stopped responding to the burglaries? That the video surveillance for the office was archaic and the locks were ineffective? Why would the U.S. have such an office at the UN except to enable the theft of intellectual property? Who, what, which administration authorized it and then allowed it to continue?

The list of stolen intellectual property goes on forever. From the most top-secret to the most mundane. These thefts don’t just hurt the bottom line of corporations and the workshop inventor, but they threaten the very safety of all of the USA. Some day we will be facing the very weapons we discovered.