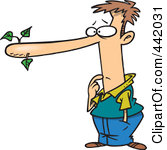 An “October” surprise in the United State’s supreme court nomination of Kavanaugh. For those of you who are not old enough to hold the title of “oral history depositor,” such as I, Dems are prone to roll out an outrageous accusation against the Rep’s presidential nomination (or any Rep candidate) late in October. It is too late for the victim to have time enough to dispel the “rumor,” and the Dem controlled media which runs with the story. It has cost the Reps dearly in the past.

Senator DiFi had a supposed sexual harassment allegation against Kavanaugh since July but released it Thursday,  just before the vote to seat Kavanaugh. Just as in the October surprise for Mitt Romney it dates back to his high school years. Mitt’s surprise cost the Reps the election.

If you don’t know about it, it was rumored that Mitt and his friends ran a gay boy down and roughed him up during their high school years. The boy in question had since passed away so it was impossible to confirm the rumor with him, however, the family of the boy strongly denied that it had occurred. They told the press (who lent a death ear) that the two were very good friends and he would be appalled to see his friend Mitt smeared. That the boy wasn’t “out of the closet,” in his high school days and Mitt was asked to be a pallbearer for his funeral.

If you are a Dem how can you stand by and watch all the cheating and lying done by them and their dominated mainstream media? And if you believe the Dem’s cheating and lying, why? Or better yet, how? What is wrong with your moral fabric that you can’t tell the truth from the lie?

63 Replies to “Dems Continue To Sink To Their Natural (Low) Depth, Kavanaugh”