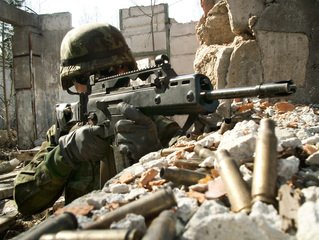 Why did the U.S. lose the Vietnam War?

First was Secretary of Defense Robert Strange McNamara. His military background consisted of joining the USAAF as a captain in early 1943, serving most of World War II with its Office of Statistical Control. President LB Johnson had no military experience. But like most politicians, both thought they knew how to lead a military campaign.

Treachery has always had a firm hold in American politics. I won’t go into all the examples here; there are several good books. Dating back to the revolutionary war, George Washington’s Secret Six, by Brian Kilmeade explains spying then.

Examples of limitations placed on the U.S. military during the Vietnam War. There were reasons given for these limitations, but they made no sense. Not even to someone not versed in methods of warfare:

1          When our pilots flew over North Vietnam, they would see ships with surface to air missiles, SAMs, but were not allowed to take them out? Reason: They might be Russian ships, and we don’t want to hurt them.

2          Our pilots saw trucks taking SAMs across the country but were not allowed to strike. Reason: There might be Russians in the trucks.

3          Our pilots saw the missile sites being built but not allowed to strike. Reason: There might be Russian workers.

4          Once the site was up, radars working, missiles loaded, ready for war, and very dangerous, then the pilots could strike. Reason: There is no excuse for this. The civilians in charge were able to influence those making the decisions. This is treason and should be investigated and prosecuted.

5          Many other targets were also off limits. Harbors, oil storage, military barracks, and the list for new pilots to study and memorize was very long. Eventually, when it was too late, most of them were added to the target list.

6          When our B-52s flew missions over the North, they had to fly in a “box” formation, consisting of three or four planes, so their anti-radar capabilities would be at their strongest. The problem was that each “box” flight of four B-52s had to fly one after another, at the same speed, the same course, and the same altitude. This allowed the missile sites several attempts through trial and error to dial in the flight’s correct data and enabled frequent hits. Only treason could explain this.

7          When enemy aircraft were spotted by radar over North Vietnam (a war zone) our pilots could not shoot them down without first making a visual identification. This meant that the enemy would be very close, only a few seconds apart. Under these circumstances, the tiny, nimble MiG was at it’s best, and our heavy planes could not match their maneuvers. In fact, our best fighter planes (F-4 Phantoms) didn’t even have machine guns. They only had missiles. By the time they had a visual identification, they would be too close for missiles. Machine guns were quickly added. The reason: The planes might have Russian pilots.

8          Another example of the treachery in the US military was on Jul 27, 1965, when President Johnson, LBJ, finally allowed air strikes against the SAM (surface to air missiles) sites. Forty-eight, F-105s were launched against two sites. The mission was called Operation Spring High. It was a trap, an ambush by the North. There were no missiles or equipment at the sites. Instead, there were bamboo poles painted to look like missiles and dozens of 23 and 37mm anti-aircraft guns. When the aircraft made their ferocious low-level attack as required by superiors, the air was filled with anti-aircraft shells, later known as “golden bbs,” (because it’s like an inexpensive bb killing a million-dollar aircraft). SIX aircraft were destroyed, and five pilots lost. Afterward, It leaked that “our” intelligence personnel and planning officers knew the day prior to the attack that there were no missiles. Those in charge said that cancelling the mission the day prior to the attack would make us look indecisive and weak in the eyes of the North. Our reconnaissance overflights can read license plates on a car. They certainly could see poles instead of SAMS.

9          Again, early in the conflict, the U.S. developed a jamming system called the QRC-128. It garbled the communications between the North’s MiG fighters and the ground radar that were directing them. MiGs had already shot down several of our aircraft. As soon as our NSA (National Security Agency, an incestuous melding between civilians and military that operate out of Washington DC and directly under the President of the USA) found out about our jamming ability, they ordered the military to stop using it. They gave a lame excuse, but there can be no excuse except that the NSA was filled with communist sympathizers.

20       Each day, the president of the USA, a civilian, picked which targets could be hit. He even chose which bombs were to be used. He decided the time and route of the attack. No doubt that this information was leaked to the North Vietnamese.

This subject has an endless list of stupidity. This article will be updated periodically. There will be another article devoted to the vast amount of spying being done against the USA.

45 Replies to “Vietnam War: The True Story: Not The One You Get From The Media or School”