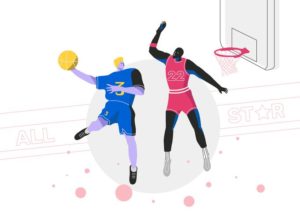 Then President Clinton advocated keeping recreational centers open until after midnight to see if there were kids, juveniles, that wanted to play basketball. Of course, it was a dumb thing to do, and just like Dems expected, Republicans merely scratched their heads and disagreed.

No one seemed to understand the logic in this. Here it is: Most cities have curfew laws. Usually around 10 PM. After that, the police can stop the juvenile and cite him/her and return them to their home. The one exception was if they were en route to a logical place of safety.

Midnight basketball provided every juvenile a place he/she could tell officers that they were en route to. Thus, they could stay out after curfew without their parent’s consent. If stopped by officers they merely claimed to be going to the local recreation center.

The net reason juveniles were wanted out and about was so they could buy/sell drugs or so they could commit crimes that enabled them to do so.

FLASH: Drug dealers donate heavily to political parties and causes, or should I say party. If you wonder which party you are naive. They don’t donate to the historical law and order party, Republican. That is why President Obama bragged about doing cocaine and wish he had the money for more. It’s in his book. Dreams From My Father.