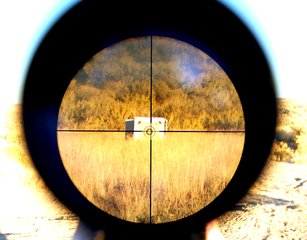 When one is in the crosshairs of the FBI one doesn’t stand a chance.

All you need to know:
The FBI is not held accountable for their actions and has become a “loose cannon.” If they don’t like you, for any reason, they can terrorize you. The FBI in concert with the Democratic Party attempted a coup to overthrow President Trump’s election results.

Details: We see a lot of people being found guilty of lying to the FBI but not guilty of the crime being prosecuted. This phenomenon of placing one under investigation and then taking a plea deal for lying is all too common with the FBI; it often occurs when the FBI can’t prove the original charge.

The reason for the success of this tactic is that the FBI does not record any interviews. When they ask the victim a question the only account of both the question and the answer is the written account of the agent. And no, the victim can not record the session either. Often, later in the investigation, the same question is asked, but this time in a different way and the victim will often answer differently. Why? Because the victim may perceive the subject of the question differently than from the first, and thus, answers the new question differently. Then FLASH, the agent produces the first account, in a 302 (the agent’s written report) and shows it to the victim: If offered a plea deal the victim must take it, after all, it is his/her verbal account against the agent’s written one and a lesser sentence versus one for years in prison.

There have been several court cases where a defendant is guilty of the actual crime being investigated, and yet. the judge tosses out the case because there is no recording of statements when the opportunity, by the FBI, was abundantly clear. In this tech-filled world, why would the FBI not record them? Recordings are required in other courts whenever possible; why not hold the FBI to the same standard of excellence that local law enforcement is?

Yes, of course, the vast rank and file of the FBI are perfectly honorable. Really? How do we know? If they don’t follow commonly accepted practices (of ethics), the same ones that all other law enforcement agencies do, there’s nothing to compare them to. They should at least match the quality being achieved by our smallest police departments.

One infamous event: At the 1996 Olympics in Atlanta GA, Richard Jewel, who was working as a security officer, discovered a suspicious backpack. Thinking it might be a bomb he alerted authorities and he and fellow officers began trying to move the throngs of attendees out of the way. It was a bomb and it detonated before the clearing was finished. One person was killed and over a hundred were injured. Richard was heralded as a hero by all but the FBI. They thought it suspicious that an uneducated common man could be doing his job at that level of excellence.

A very public investigation was started by the FBI. With the press present, Richard’s house was searched– twice. The FBI said that he matched a profile of a lone bomber who would plant a bomb just to find it and become a hero. Richard obtained a layer, who was an ex-FBI agent.

The FBI was so convinced of his guilt that they approached him, when his attorney was not present, and ask if he would be a part of a training exercise to be used to teach law enforcement personnel. He was flattered. They took Richard to a recording studio and gave him a script to read. In the script, Richard realized he was playing the part of the bomber, not the hero. He questioned this and hesitated. In his script, he was confessing to planting the Olympic bomb. Meanwhile, his attorney was trying to find him and he did find him just before Richard was about to be recorded. The recording was set up to sound as if it was obtained by a wiretap on Richard.  It had to be a wiretap because the FBI doesn’t record statementnts, unless it benefits them.

Eventually, the real bomber was caught and found guilty of this bombing plus three others at different locations. He was a civil terrorist.

Would the FBI send an innocent man to prison just so they could clear a very public crime? On a hunch? Yes, but only because they wrongly thought him guilty. Richard successfully sued three news outlets that went along with the FBI”s leaked lies. He was eventually acknowledged as a hero and was very popular. He went from certainly going to prison to a career in law enforcement.  It is very probable that the FBI agents were never punished, the FBI won’t tell.

The upper Escalon of this FBI, in concert with the Democratic Party, attempted nothing less than a silent coupe. Had Hillary won the presidency democracy, as a true democracy, would have died in the USA. We have had major security breaches and crimes committed by Democrats who are then given a pass while the tiniest tweet by President Trump is heavily investigated. There can be no argument to the fact that the FBI attempted to overthrow the Republican Party. When candidate Trump said to the press that his campaign was being wiretapped the main-stream media, and even myself, thought him over-dramatic. The media blasted him. Who would wiretap a US Presidential Candidate? After all, this isn’t Russia.

What a shock to find out that our own FBI WAS wiretapping Trump. That they sent in a mole to try to entrap his campaign. The FBI and the media just couldn’t believe that they could fail in doing this, but they did. While Trump isn’t perfect he has proven himself to be much more honest than the deep-state Washington DC types. The FBI as it is today must be, in effect, overthrown. It requires someone in charge that will clean house. I personally I still have a wait and see position on that.

Liberals have openly claimed that they will overthrow the government. Huh? When did they say that? In the ’60s the communist supported radicals said they would slowly infiltrate the government, and our institutions of education, and overthrow it before the public caught on. The current FBI and Democratic Party are the proof it is working. Oh, and just one more tidbit; John Brennon, director of the CIA under Obama, was a card carrying communist. Before joining the CIA he wondered if his support and vote for the communist presidential candidate, in the election just before he applied to the CIA, would derail his security clearance by the CIA. It didn’t. It appears it enhanced his career, thus, we had a communist as the director of the CIA.

2,224 Replies to “Why Guilty For Lying To FBI But Not For Crime Being Investigated?”