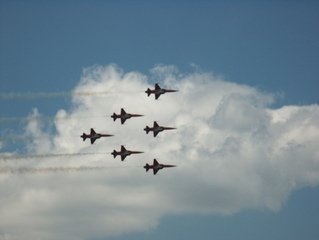 Only a Democrat would disagree with the premise that John McCain spent much of his Senate years undermining the conservative values that his party, Republican, stood for or at least tried to stand for. He was sent to the Senate to fill Barry Goldwater’s shoes, not Nancy Pelosi’s. Goldwater was extremely conservative. It was because of members like McCain that Republicans often– usually–failed. McCain was given a pass because he was a war hero. Americans blindly accept any malfeasants if committed by a “hero.” Does America know that mafia “made-men” also served in WW-II? And some even got medals for their heroism? When these crooks returned to the USA should they have been given a pass on the extortion, loan sharking, bookmaking and more, that they committed upon this return?

Today we learn that the McCain organization actively worked behind the scenes to undermine the democratic principles of the country he served in. He was complicit in the scheme by traitors to overturn the will of the people by defaming President Trump in the hope of impeaching him. FoxNews and a court filing reveal that that contrary to McCain’s perjurious statements, he was sending his agents all over the world to collect information concerning the infamous Steele Dossier and then he provided it surreptitiously to news outlets to be “leaked” to the public. A dossier that all who were involved with it knew was not true. He practiced very poor morals at the least.

Does someone who works contrary to his constituent’s desires and the reasons they sent him to Washington. And then he lies about it, and pays those agents (spies by any other name) to bring down the Party he was supposed to be strengthening. Should he be called a hero? He wore one face publicly while behind the scenes he was the opposite. e

McCain was a darling to the mass media. When it was learned that while he was a POW in Hanoi, and he was offered to be set free and he rejected the offer. The media portrayed it as a heroic gesture by McCain, thus, proving him a hero. Not really. The media neglected to tell their readers that the military code of conduct forbids him from accepting an offer that is not made to all the POW.

Hanoi said the release gesture was because John was the son of a high-ranking officer in the US Navy. This is contrary to all that the communist stand for. Communist are mean, hateful, evil people. They give up nothing out of good will. But we must not read too much into this. The point is that he was not a hero for denying the offer of being freed.

Here is an exception: Hanoi did make the offer to another POW. Before being released he was given the task of memorizing the names of every known POW. He at first refused, he did not want the disgrace of being released early. Upon his release the US Military nearly court marshaled him. He eventually convinced the military that his acceptance of the release was something all the other POWs wanted: It would help to ensure that they would be released at the end of the war.

Finally, there is proof that what most believed about McCain is true. He served his country while in the Navy. Just like millions of others. They were all heroes. McCain’s heroism stopped when he returned. His career and life since is filled with less than honorable occurrences from graduating 894th out of 899 in his academy class, constantly defying authority, breaking rules, and to many–many affairs (he readily admitted to this). One writer correctly listed him as, “the maverick, the former maverick, the curmudgeon, the bridge builder, the war hero bent on transcending the call of self-interest to serve a cause greater than himself, the sore loser, old bull, last lion, loose cannon, happy warrior, elder statesman, lion in winter.”

He was all over the place. One thing he wasn’t is conservative. He did not represent his state well. One final blow of lack of loyalty was when Sarah Palin was not invited to his funeral. McCain, no doubt, requested that before his demise.